TL;DR: There aren’t enough spaces for kind, curious, and motivated people to gather in real life. I’m creating a space for that.

New York City is the largest city in the US, and one of the largest in the world…and somehow, at the end of the day I often realize that the closest contact I’ve had with anyone is walking past them on the street. The next day, I feel like I’m looking at the world through a veil. I feel invisible, and everything else feels like it’s only partly real.

As soon as I spend time with a friend, the haze drops away and I rejoin my body and the world around me. Unspoken understandings, silent jokes, tiny changes in body language put me at ease. While internet friends are awesome (I have many), Zoom just don’t cut it.

My loneliness is well-traveled: high school in rural Massachusetts, Boston, months on the road on my motorcycle, Boston again, New Hampshire, Boulder, and now New York. So I know it’s not just New York, and I’m pretty damn sure it’s not just me, either. For all my periods of loneliness, I have many close friends, and I know not everyone is so lucky.

The decline of organized religion and cohabited extended families is well documented, as is the decreasing level of trust in local communities. Historical bastions of purpose and social connection are going by the wayside, and so unsurprisingly, loneliness has reached epidemic levels.

So where do we go from here?

We go straight into a dilapidated warehouse, that’s where! But let’s back up a second.

I made a firm commitment to myself to stay in Brooklyn for a while, unlike anywhere else I’ve “lived” in the past few years…and so Brooklyn feels to me like a perfect (if surprising) place to try and make a thoroughly Americana dream of mine into reality.

I have always dreamt of having my own garage. And more recently, I find myself dreaming of pulling new forms out of steel, wood, sound, and light with the people who make me feel like an active participant in the world instead of a passive observer. I want to build an eclectic, shape-shifting collective filled with people who want to create things that can be touched, used, or experienced. And to enable that I need to create space.

When I imagine a creative space, I see a building layered with grime from years of experiments, mistakes, sweat, frustration, and inspiration. No sparkling clean lab or stark modern minimalist office can hold the sense of history that lives in old workshops. 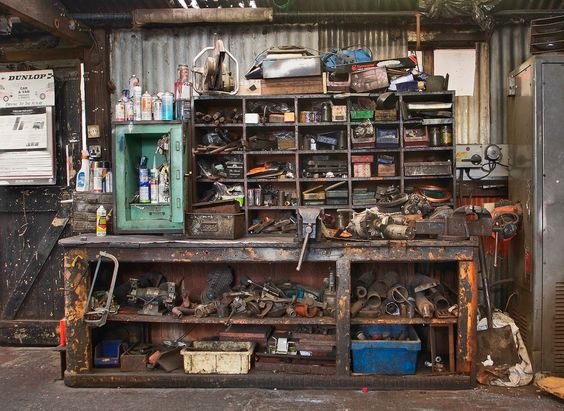 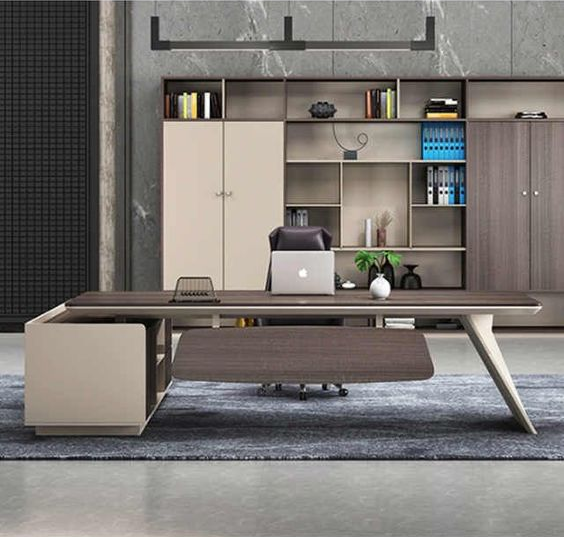 So I started searching for a place where I could bring that feeling to life. In December 2021, after months of scouring Brooklyn, I found a small warehouse in Bushwick that was (almost) within my budget. The whole place smelled like mold from the (now fixed) roof leak that had been left unaddressed for two years, and it needed a LOT of work…but I could see its potential. The landlord told me I could do anything I wanted with the interior, and that was all I needed to hear.

With a lot of excitement and a healthy dose of trepidation, I signed the lease on the biggest project I’ve ever taken on. After months of work, it’s finally looking less like a public health hazard and more like a workshop. 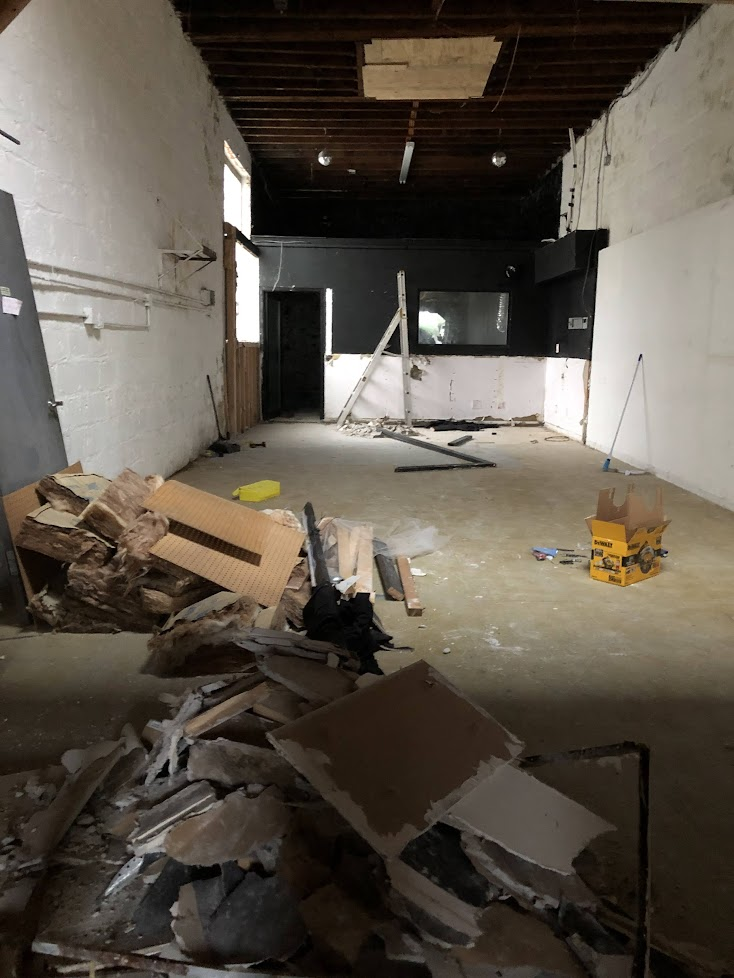 I’ve never gotten more feedback that I’m doing something people care about. A deluge of curious questions and encouraging words have poured in from friends, family members, and internet strangers. I’m truly humbled by the number of people who have come over to help demolish walls, cart out 10,000lbs of wet and moldy drywall and insulation, scrape peeling paint, or do anything else that needs to be done.

I’ve been posting about it religiously online, and plan to continue doing so to get more people in the door. I’ve watched friends’ eyes light up when they see the vision for this place that’s in my head, and that makes me happier than just about anything else.

I’ve had my first couple events here: a barbeque on the roof for my birthday, and a big party when a bunch of friends from out of town came around! I was busy talking to people and forgot to take many pictures, but it was a blast. 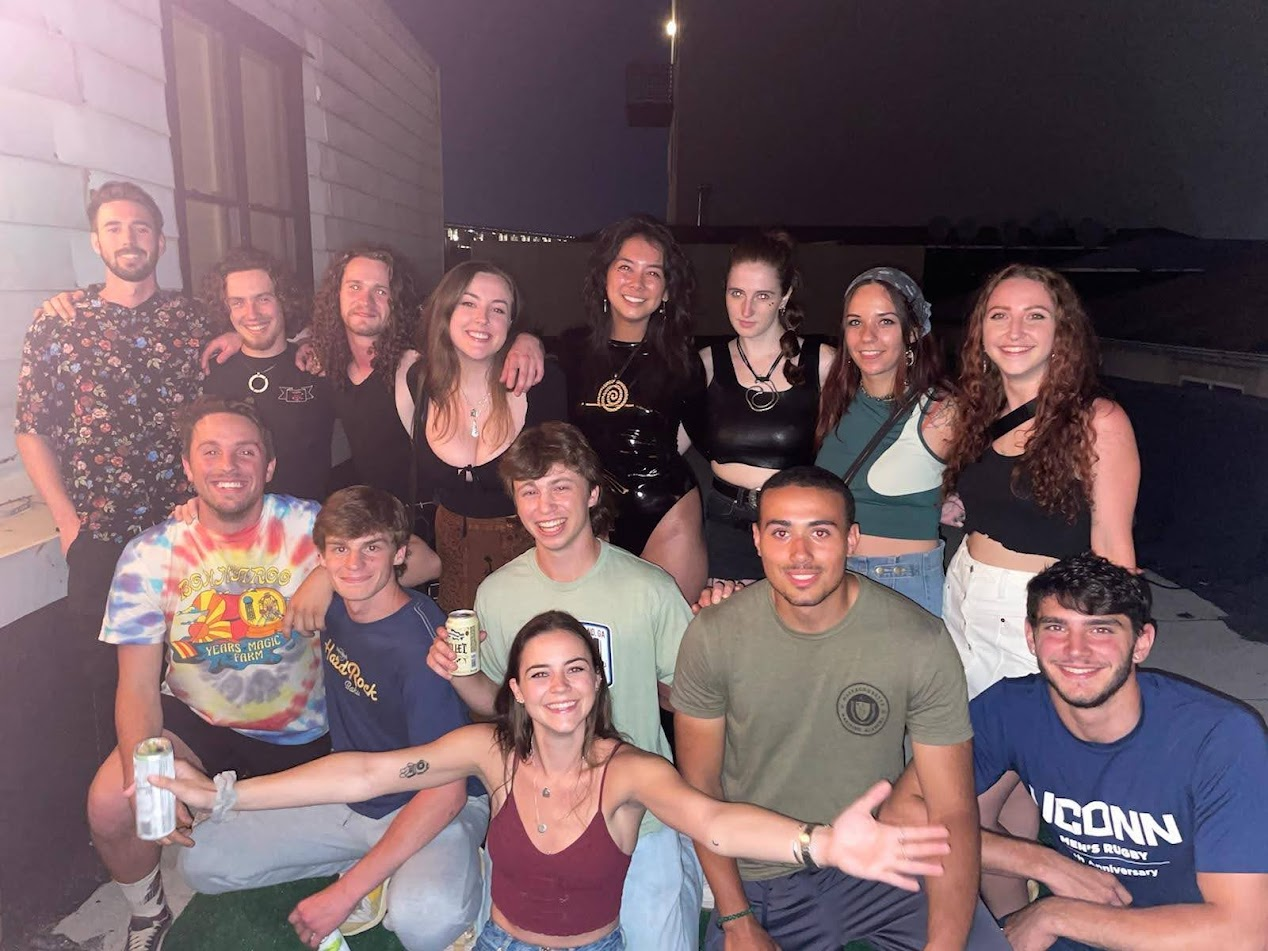 These are the first times I’ve ever been able to gather a group of so many different friends—it felt incredible. The tiny common thread started by these parties has already begun to weave itself into something larger: one friend who came is putting together a setlist for a few bands to come play here next month!

My ultimate goal is to make this a local social nexus—a default gathering place for people in and around my neighborhood—and do my tiny part to replace the community institutions that have disappeared.

Will it work? I have no idea. But I’ve never been this hopeful about anything in my life, and I’m so excited to see how it plays out.

(If you want to follow along, check out @highsideworkshop on Instagram, or the build thread on Garage Journal.)

I’ve seen real-world examples of small, motivated, and diverse groups having an outsized impact on their neighborhoods.

All of these groups have a small geographic footprint and a strong focus on a particular topic, skill, or interest. While their purposes may seem totally different from the purpose I’ve laid out for my space, they share a common thread: despite their seemingly constrained nature, they’ve all had a huge impact on their broader communities. They take people by the hand and show them a hidden world of healthy, creative, and civic-minded self-expression, whether that’s through street art, bicycles, or agriculture. If I’m able to provide space for a few people to express themselves in the physical world in ways they wouldn’t have otherwise been able to, and help coalesce those people into a tight-knit community, I will consider this project a wild success. I’m not worried about scale—if I can capture the imaginations of a small number of motivated, collaborative, and community-minded people, the rest will follow.

Come join me! My door is always open – if you’re in Brooklyn, give me a call or text and come on by!